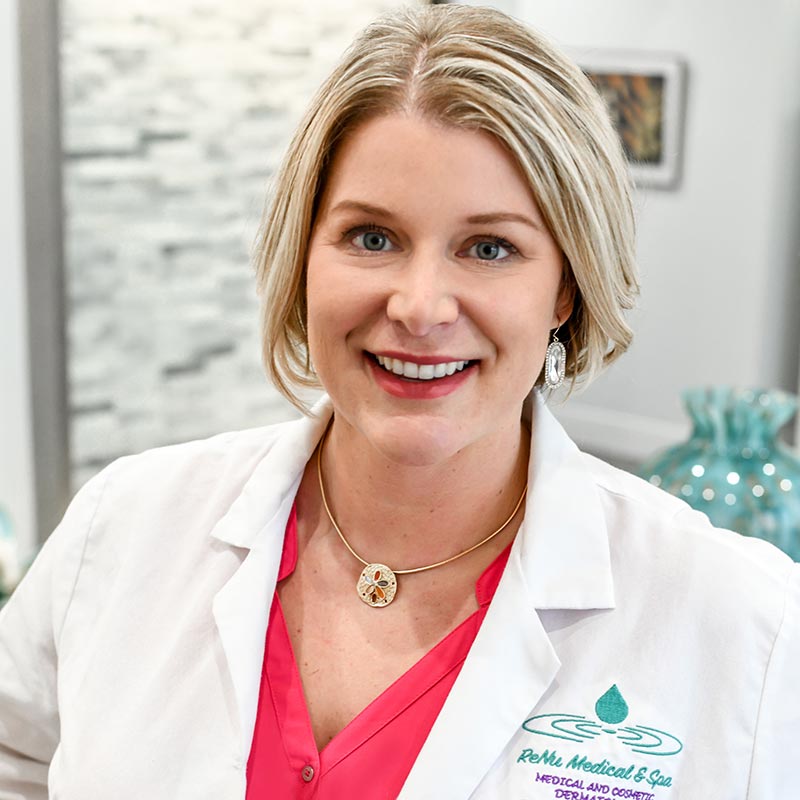 Hello! Allow us to introduce

Even as a little girl, Dr. Jacqueline M. Youtsos, MD, (“Jackie”) knew she wanted to be a physician. It was her own personal experience, however, that would eventually lead her to the field of Dermatology.

Dr. Youtsos grew up in Wausau, WI, with her parents and four sisters. She enjoyed a sunshine-filled childhood, growing up in a lakeside home, and serving as a community lifeguard each summer. Following high school graduation, Dr. Youtsos pursued her undergraduate degree at the University of Minnesota, then pursued further medical training and her residency at the University of Chicago.

Dr. Youtsos fulfilled her residency at the NorthShore Family Medicine program in Chicago’s northern suburbs. As a resident, Dr. Youtsos encountered a new challenge, this time as a patient. Years of sun exposure and tanning bed use had finally taken their toll, resulting in a melanoma diagnosis (a form of skin cancer).

In 2012, Dr. Youtsos beat cancer (the first of two times), graduated from her residency program, and became a Board-Certified Doctor of Family Medicine, with extensive training in the field of Dermatology.*

Following graduation, Dr. Youtsos moved to New Mexico to practice alongside a Family Medicine Physician who served dermatology patients exclusively. It was there that she met her husband Eric, who was born and raised in Southeast Kansas. In October of 2014, Jacqueline and her husband were engaged during the Pittsburg State Homecoming Parade. They married in May 2015. A few months later, the couple relocated to Pittsburg, KS, to be closer to family and provide medical care to Southeast Kansans. (Eric is a Physical Therapist at a nearby hospital.)

In 2016, Dr. Youtsos established ReNu Medical & Spa, which offers patients various medical and cosmetic dermatology services. Before ReNu’s opening, many Southeast Kansans needed to travel a considerable distance to care for their skin and cosmetic needs. Dr. Youtsos believes easily accessible and equitable care should be available to everyone, which is why she established ReNu in this medically under-served area. She is also one of the only practitioners in the region that accepts both Medicare and Medicaid.

ReNu Medical & Spa is proud to have served over 7500+ patients in Southeast Kansas, across its four office locations in Pittsburg, Iola, Chanute, and Girard. She also frequently travels and serves as a keynote speaker for the cosmetic technology company Alma Lasers, of which Dr. Youtsos is an endorsed provider. This endorsement is an honor bestowed upon few physicians and represents a practitioner’s skill and procedural excellence as an Alma Laser service provider. She also serves as a dermatology consultant for TreCeuticals, a pharmaceutical grade, age defying skin care line.

When she’s out of the office, Dr. Youtsos enjoys spending time with her husband and daughters at their home on Farlington Lake. The family also loves traveling to Florida whenever they can to enjoy the sand and sea. ReNu’s new facility offers medical, cosmetic, and spa services in a design aesthetic inspired by sunny Naples, FL.

*Dr. Youtsos is a Board-Certified Family Medicine practitioner who trained and obtained her medical degree at the University of Chicago. Dr. Youtsos has extensive and virtually exclusive specialization in the field of dermatology. Dr. Youtsos and ReNu Medical, LLC formally proclaims that Dr. Youtsos does not in any way represent herself to be a Board-Certified Dermatologist. Rather, she is a respected and board-certified physician that specializes in the field of medical and cosmetic dermatology. 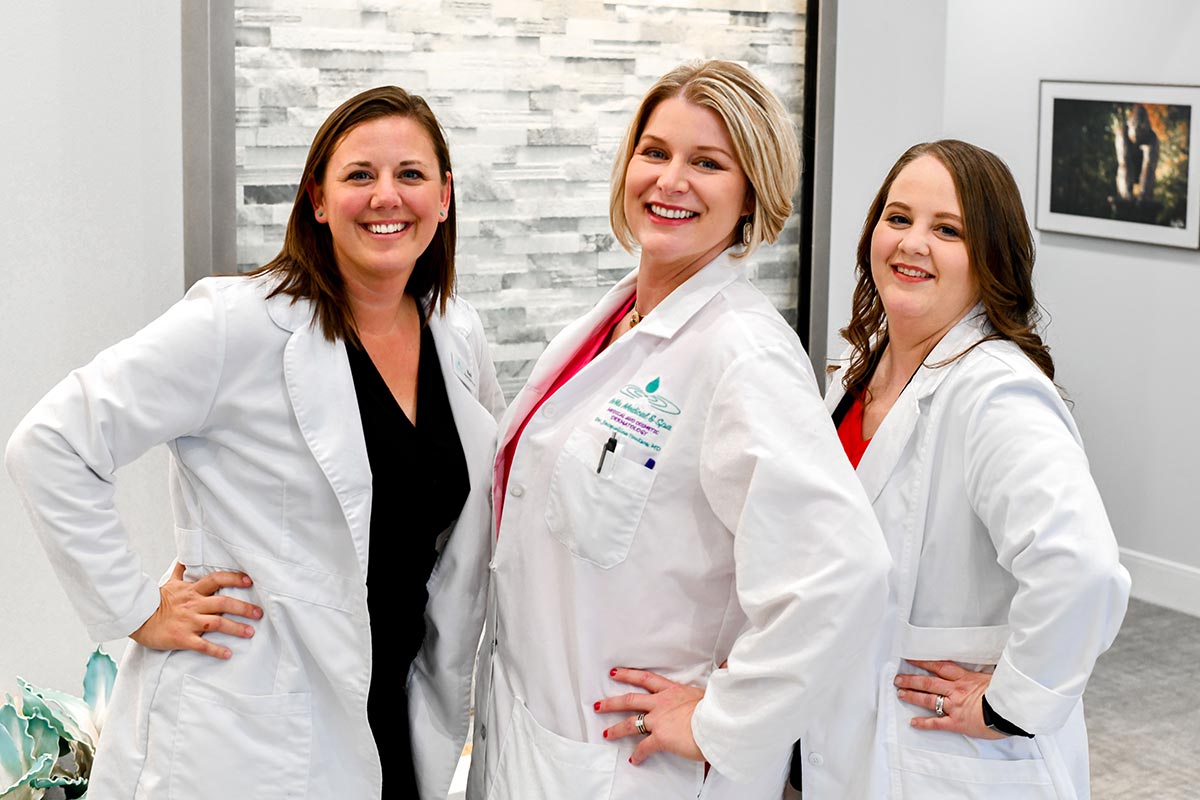 Jenna King, APRN, was born and raised in Southeast Kansas, where she graduated from Erie High School and trained to become a Registered Nurse from Neosho County Community College in 2010. Jenna began her career as an RN in a family practice, but transitioned to dermatology while pursuing her Master’s in Nursing Degree from Walden University.

Her passion for the field of dermatology brought Jenna to ReNu in 2016, where she serves as a licensed nurse practitioner within the state of Kansas. Jenna is a board-certified Nurse practitioner by the American Academy of Nurse Practitioners (APRN) in 2017.

Jenna serves medical and cosmetic dermatology patients. “Skin is a predictor of your quality of life—it’s almost like your stress, rest, and hydration can be seen in your skin,” she says. She particularly enjoys treating acne, psoriasis and select variations of skin cancers because she “enjoys helping people feel confident and safe in their skin.”

When Jenna isn’t caring for patients, you’ll find her spending time with her husband and three kids or baking something delicious. 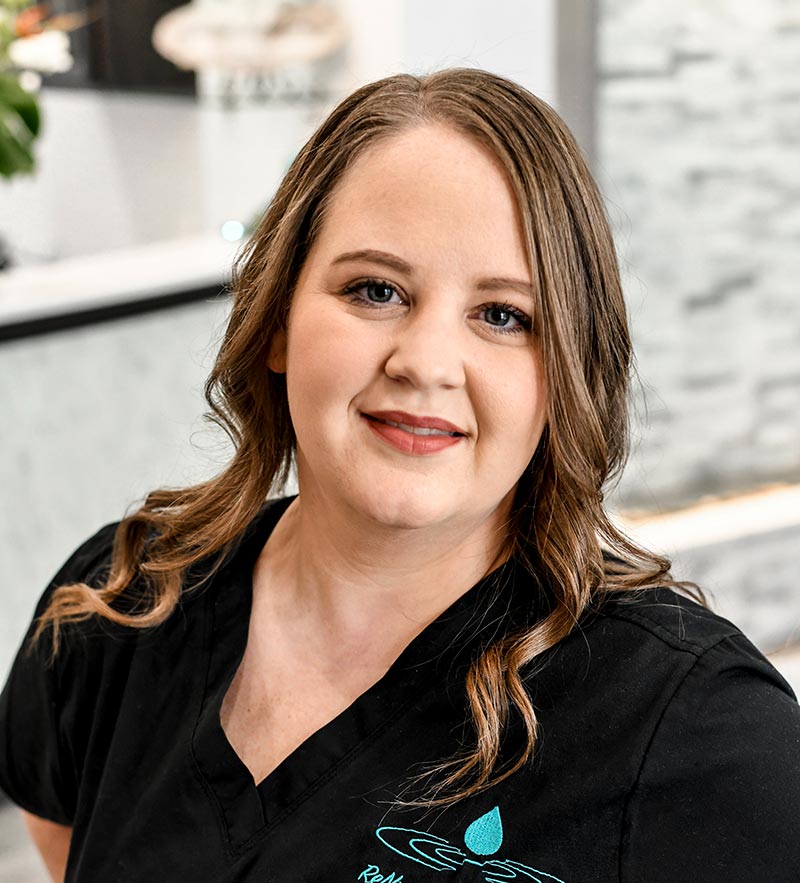 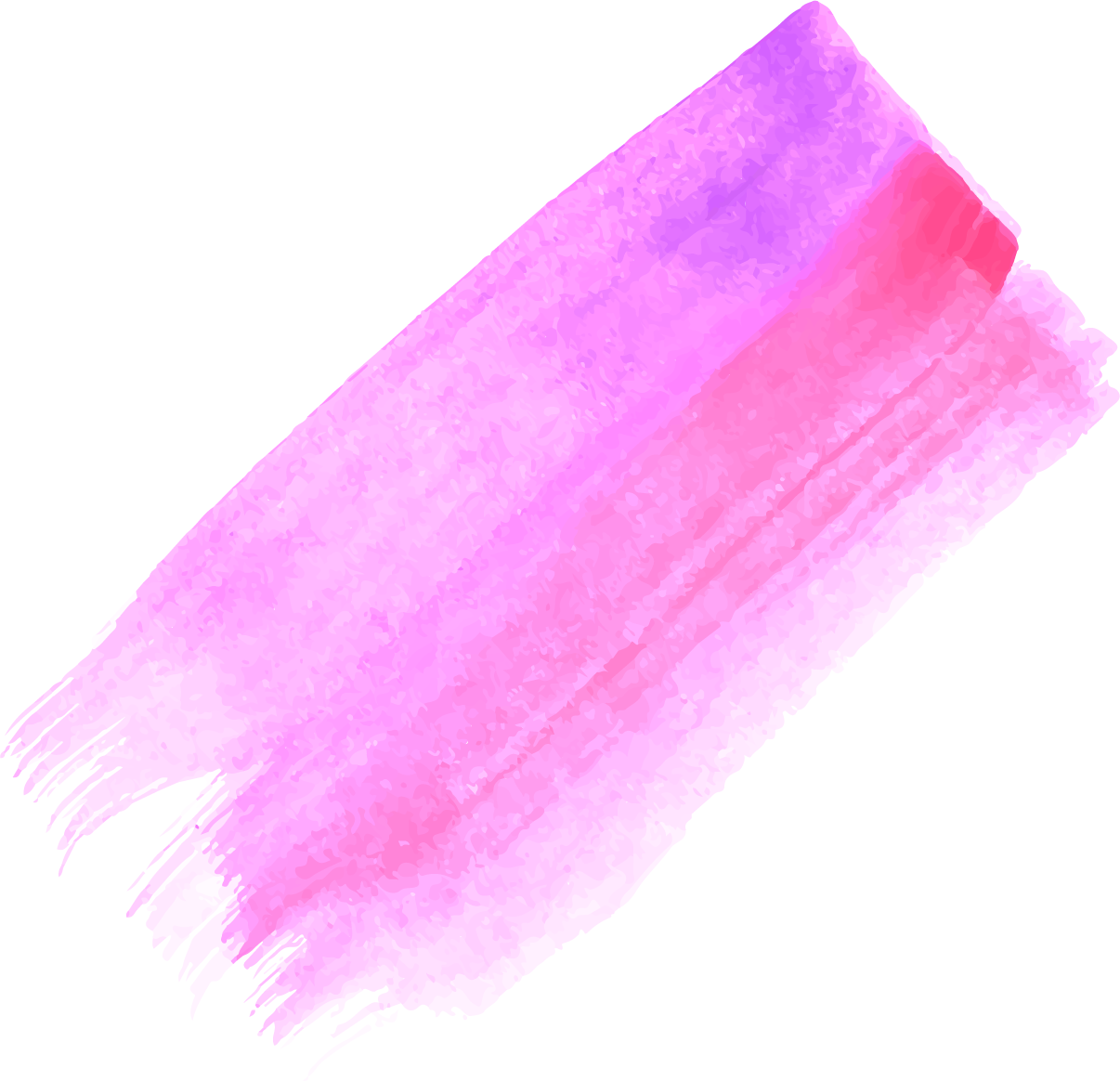 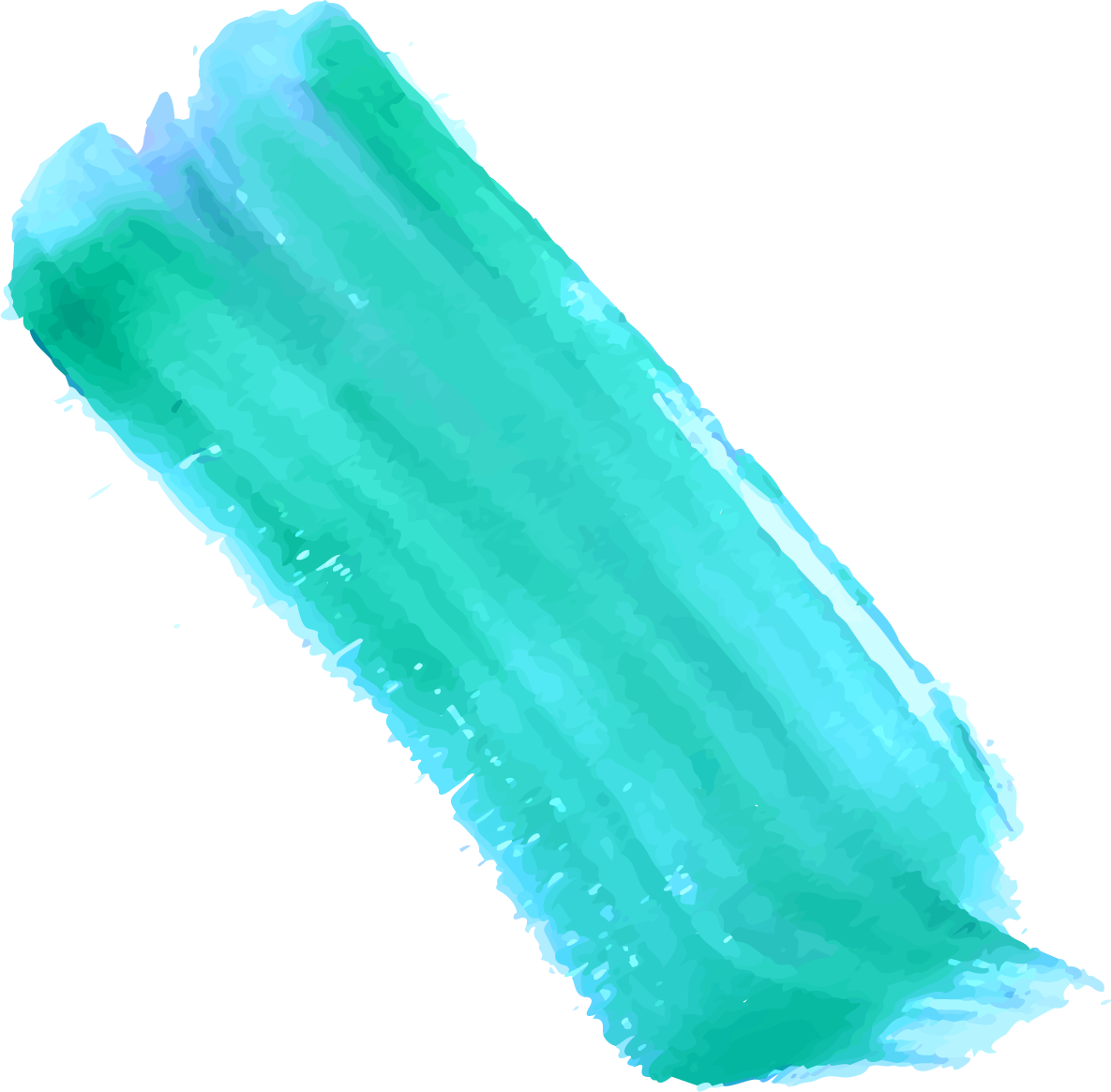 Please allow us to introduce

Kasi Hudson, APRN, is ReNu’s newest Nurse Practitioner and has a long history of serving Southeast Kansans with compassion and diligence.

Her compassionate heart sets her apart–even as a child she was destined to care for and serve others in the healthcare field. As a lifelong Pittsburg resident, Kasi chose to pursue her undergraduate and master degrees (Bachelor of Science in Biology; Bachelor’s and Master of Science in Nursing) at Pittsburg State University. She’s a proud “gorilla-grad,” as well as a  licensed Advanced Practice Registered Nurse (APRN) Practitioner.

Southeast Kansans have trusted Kasi to provide excellent patient care at a local urgent care center, where she served as a nurse practitioner. Her strong understanding of the human body helped Kasi easily transition from family medicine to dermatology. “Your skin is the largest organ of your body–its the most noticeable thing about you. Monitoring and caring for your skin is a crucial part of your overall health and confidence,” she said.

Kasi is excited to join Dr. Youtsos, with whom she shares a true passion for excellent patient care. She is most looking forward to serving her dermatology patients with the same level of compassion and diligence for which she has become known.

When she isn’t working, you’ll find Kasi spending time gardening, crafting, or cheering for her kids alongside her husband at the ball field.

Enroll as a ReNu VIP and
Save $50 on Your Next Spa or Cosmetic Service! 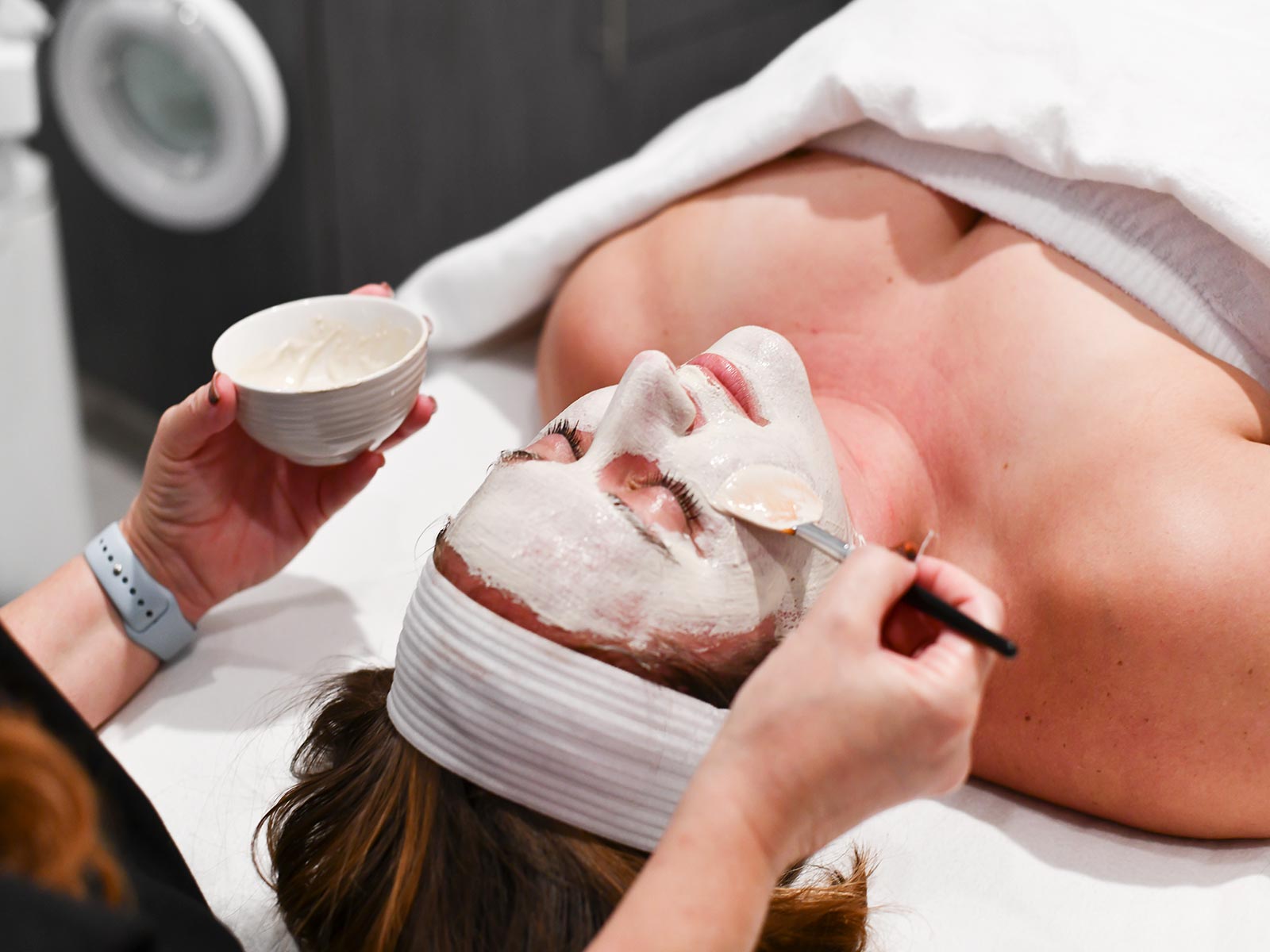